Home / Bible Questions / Bible and Church History / What are the 10 plagues of Egypt?

What are the 10 plagues of Egypt?

God’s purpose in sending the ten plagues upon Egypt was to convince Pharaoh to set the Hebrews free and allow them to worship God.

Video summary of the 10 plagues of Egypt

Unfortunately Pharaoh didn’t let the Hebrews go free and Egypt suffered extreme devastation because of the 10 plagues. There was not much left in Egypt after the plagues and the parting of the Red Sea. The Egyptians had lost their army, crops, cattle and even their firstborn sons. Note: the 10 plagues can be found in the Bible from Exodus 7:14 to Exodus 12:36. 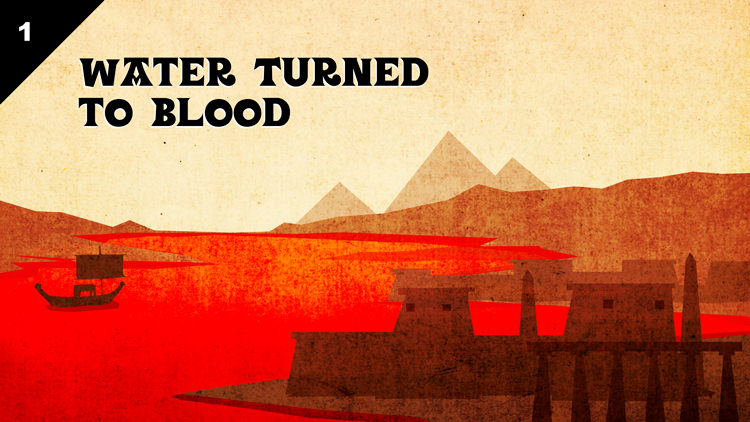 “Thus says the Lord, ‘By this you shall know that I am the Lord: behold, I will strike the water that is in the Nile with the staff that is in my hand, and it will be turned to blood. The fish that are in the Nile will die, and the Nile will become foul, and the Egyptians will find difficulty in drinking water from the Nile’” (Exodus 7:17-18). 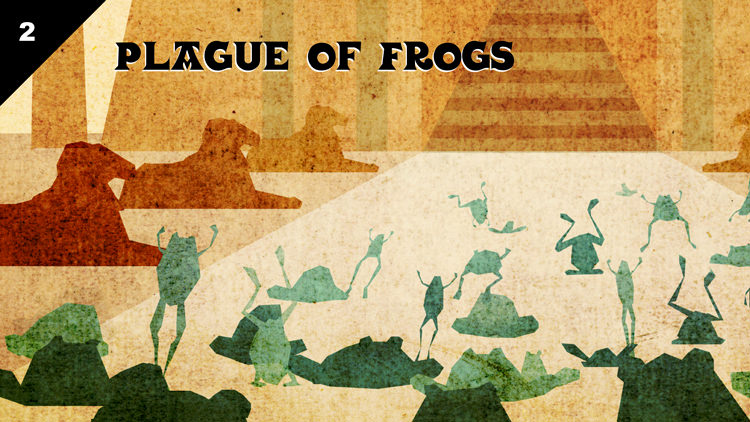 “And the Lord spoke to Moses, ‘Go to Pharaoh and say to him, “Thus says the Lord: ‘Let My people go, that they may serve Me. But if you refuse to let them go, behold, I will smite all your territory with frogs. So the river shall bring forth frogs abundantly, which shall go up and come into your house, into your bedroom, on your bed, into the houses of your servants, on your people, into your ovens, and into your kneading bowls. And the frogs shall come up on you, on your people, and on all your servants’”’” (Exodus 8:1-4).

Plague of lice or gnats 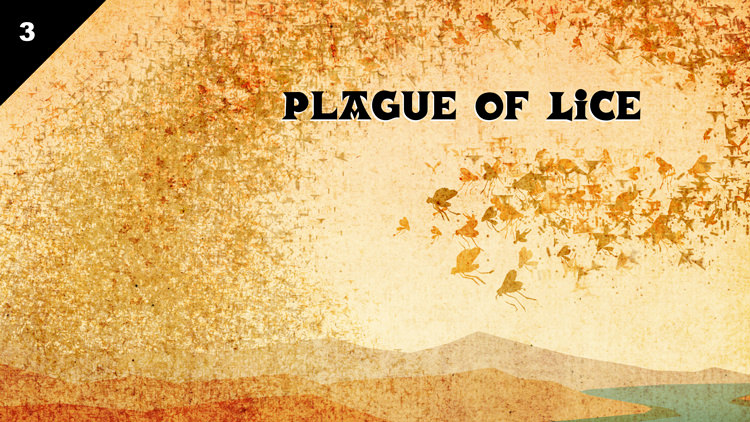 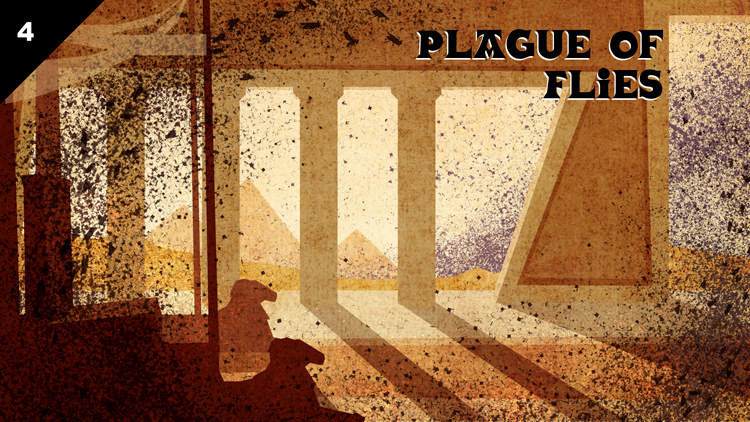 “And the Lord said to Moses, ‘Rise early in the morning and stand before Pharaoh as he comes out to the water. Then say to him, “Thus says the Lord: ‘Let My people go, that they may serve Me. Or else, if you will not let My people go, behold, I will send swarms of flies on you and your servants, on your people and into your houses. The houses of the Egyptians shall be full of swarms of flies, and also the ground on which they stand. And in that day I will set apart the land of Goshen, in which My people dwell, that no swarms of flies shall be there, in order that you may know that I am the Lord in the midst of the land’”’” (Exodus 8:20-22). 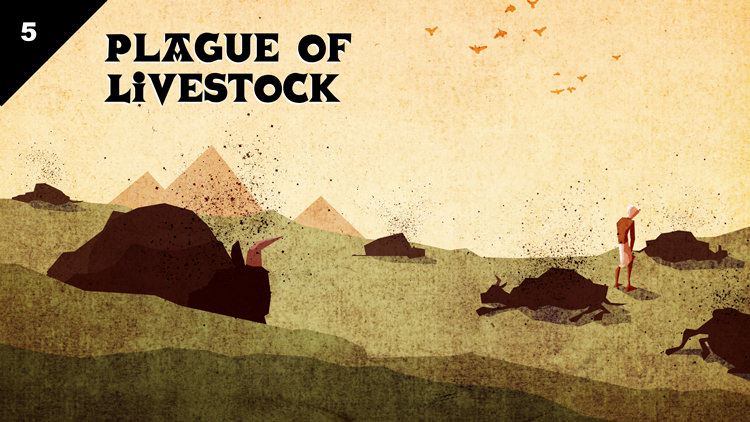 “Then the Lord said to Moses, ‘Go in to Pharaoh and tell him, “Thus says the Lord God of the Hebrews: ‘Let My people go, that they may serve Me. For if you refuse to let them go, and still hold them, behold, the hand of the Lord will be on your cattle in the field, on the horses, on the donkeys, on the camels, on the oxen, and on the sheep—a very severe pestilence. And the Lord will make a difference between the livestock of Israel and the livestock of Egypt’”’” (Exodus 9:1-4). 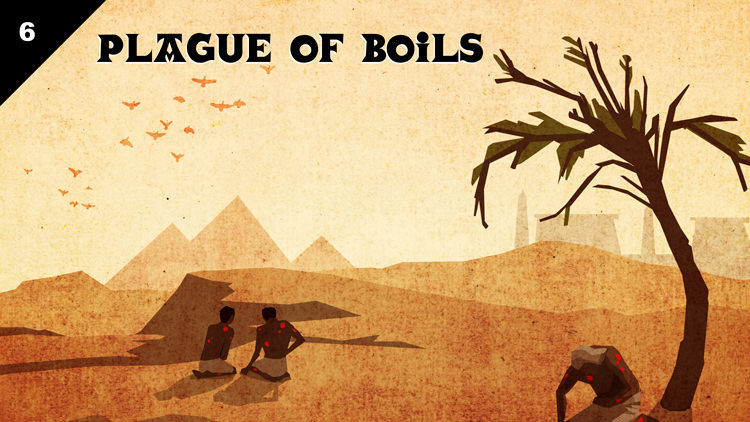 “So the Lord said to Moses and Aaron, ‘Take for yourselves handfuls of ashes from a furnace, and let Moses scatter it toward the heavens in the sight of Pharaoh. And it will become fine dust in all the land of Egypt, and it will cause boils that break out in sores on man and beast throughout all the land of Egypt’” (Exodus 9:8-9). 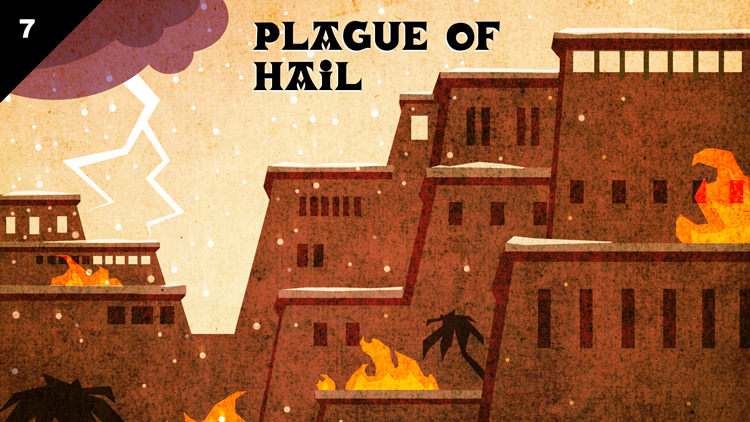 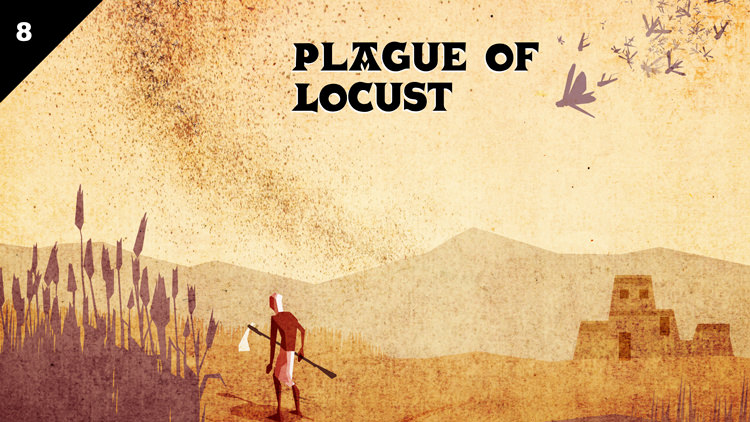 “…if you refuse to let My people go, behold, tomorrow I will bring locusts into your territory. And they shall cover the face of the earth, so that no one will be able to see the earth; and they shall eat the residue of what is left, which remains to you from the hail, and they shall eat every tree which grows up for you out of the field” (Exodus 10:4-5). 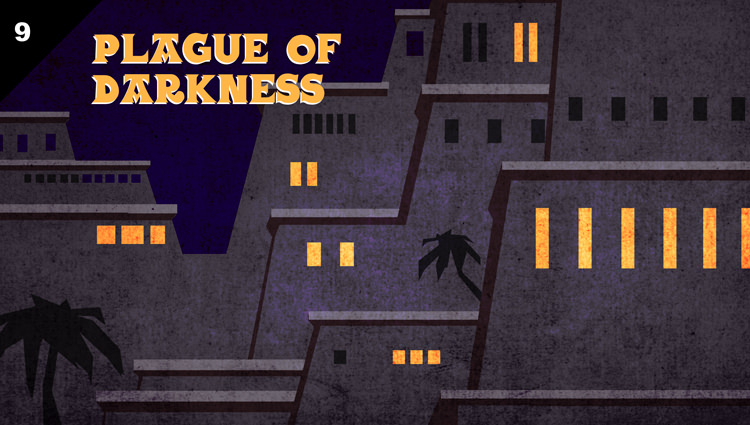 Plague of the firstborn 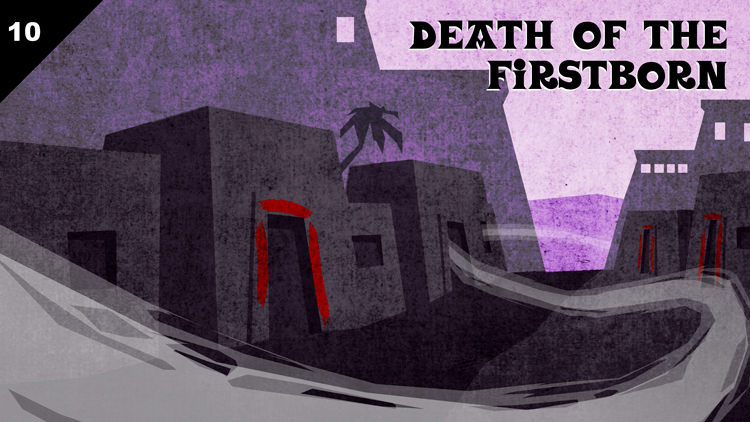 Then there shall be a great cry throughout all the land of Egypt, such as was not like it before, nor shall be like it again. But against none of the children of Israel shall a dog move its tongue, against man or beast, that you may know that the Lord does make a difference between the Egyptians and Israel”’” (Exodus 11:4-7).